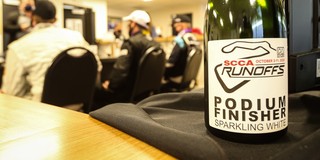 A more beautiful three days of picturesque fall weather couldn’t have been had in Elkhart Lake, Wisconsin for the 57th running of SCCA’s National Championship Runoffs® October 9-11 at Road America. The 4.048-mile, 14-turn circuit produced a ton of great racing for 577 entrants who competed across 26 different car classes, and several memorable moments were created. Highlights included six drivers who managed to claim SCCA Super Sweep honors, rookie Runoffs attendees who grabbed victory on their first time out, a couple father-son duos who shared podium appearances, and one driver who managed two National Championships.

Start planning now for the 58th annual National Championship Runoffs being held Sept. 25-Oct. 3, 2021, at Indianapolis Motor Speedway. That will be only the second time in history SCCA has conducted its end-of-year, winner-take-all extravaganza at the fabled circuit.

Shortly, on-demand videos from each race will be available to watch for free at SCCA.com. But in the meantime, below are written recaps for each of this year’s 26 races.

The Runoffs, which caps the Summit Racing Equipment SCCA Road Racing program each year, has evolved into what is now commonly agreed to be the pinnacle of American motorsports. Since 1964, SCCA has crowned national champions with the winner-take-all, single race Runoffs format through dozens of separate races over three days.

The Sports Car Club of America®, Inc., founded in 1944, is a 67,500-member motorsports organization that incorporates all facets of autocross, rally and road racing at both Club and professional levels. With headquarters in Topeka, Kansas, the SCCA annually sanctions over 2,000 events through its 115 Regions and subsidiary divisions. Much of the SCCA’s activities are made possible with support from the following Official Partners: Hagerty, the Official Insurance Partner of SCCA; Hawk Performance, the Official Brake Products of SCCA; Sunoco, the Official Fuel of SCCA; and Tire Rack, the Official Tire Retailer of SCCA. To learn more, please visit www.scca.com.