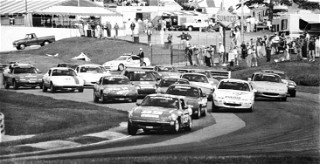 Before Spec Miata became one of the most popular classes in SCCA Club Racing, brand new NA Mazda Miatas were the car to have in Showroom Stock C. In 1992, Randy Pobst tied the record for the closest Runoffs finish, winning by 0.005sec.

This was before the time of transponders, so we will never know how close it really was. Since the transponder age, the closest margin of victory was 0.007sec in 2013 when Chris Bovis defeated Bobby Lentz for the GT-Lite Championship.

Photo sourced from the SportsCar Archive